OK, so you had a great idea for a mobile app and you want to take it from idea to reality. How to get started, and what are the typical pitfalls? Let us guide you through the life cycle of a mobile app in 9 simple steps. 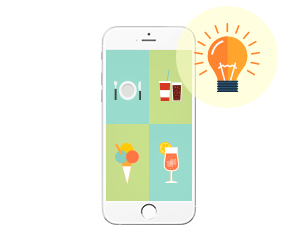 Step 1: Get a great idea

If you are reading this then you probably already have an idea and you found this page while looking for a mobile app development company. Read on, you've come to the right place. 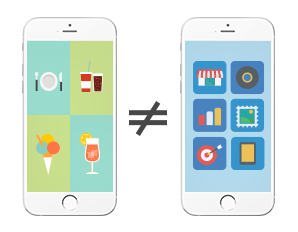 Step 2: Check whether it's been done

Your idea might be great, but is it new? We get approached by many people who think they've invented something original, but often a simple Google search will reveal several other mobile apps that do almost exactly the same thing.

We're not saying your idea has to be original to succeed. But if it's already been done, then you need to know about it, so you can decide how you're going to differentiate your app to compete against them. 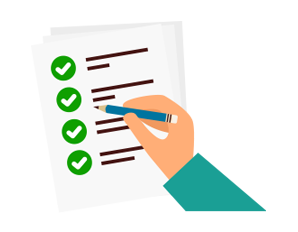 Step 3: Write down the requirements

Spending plenty of time writing a good requirements specification is a good investment:

When you have finished describing your app with words, it's time to visualize it. 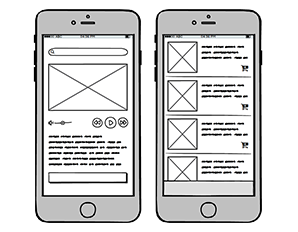 After you have decided what the app should do, spend some energy on visualizing it with some simple wireframes. Wireframes are line drawings that you can make using pen and paper, or wireframing tools like Balsamiq. Don't worry about the design at this stage. Just focus on the main screens and what content they should have, e.g. buttons, input fields, lists, etc. 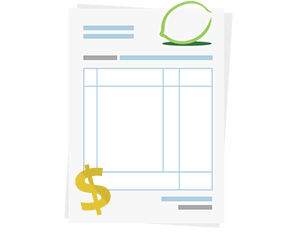 We'll be happy to make a no-commitment proposal for developing your mobile app idea into an actual mobile app. Just fill out and submit this contact form and we'll get in touch to discuss the project. The minimum starting price for a basic mobile app is USD 3,000. Not sure how much a mobile app costs? Read our mobile app pricing guide here.

Thank you for contacting Manao Software. Your message is received and you can expect us to contact you within 24 hours (or next business day).

If you're happy with our proposal and the cost fits within your budget, you're ready to move to the next step. 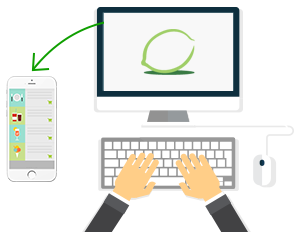 Step 6: Design and code your app

You'll be part of the project all the way from start to finish. We believe in close collaboration with our clients, and we use Agile/Scrum project management, which is an iterative methodology that allows you to closely follow the progress, try out completed functionalities, and give us feedback. You'll be asked about anything that is unclear in the requirements specification, and you'll be closely involved in the graphic design process. 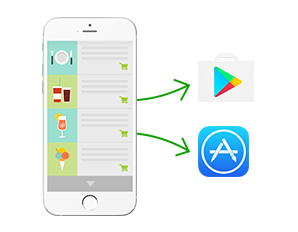 When the development of your app is complete, and you have finished final testing, we will submit it to the App Store and Google Play so that your users can start downloading and using your app. You'll need to sign up with the app stores yourself, and authorize us to submit the app on your behalf, but we'll handle all the technical parts for you. 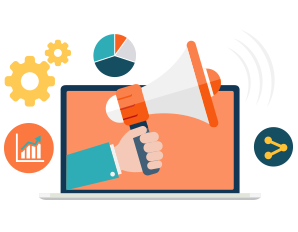 Few people realize that marketing the app and driving downloads is key to the success of a mobile app. It's not enough to just build it and make it available in the app stores, no matter how great the idea is. If no-one knows it exists, then no-one will download or use it. 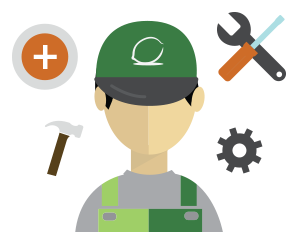 Step 9: Maintain and update the app

Set aside a yearly budget for updates to your app. Bugs will be found and they need to be fixed. New versions of iOS and Android OS are regularly released, and may turn out to be incompatible with your app. You'll need to regularly release compatibility updates to stay up to date with the smartphones and tablets that are actually used to run your app. As a rule of thumb, you should reserve around 10-15% of the budget for building the whole app just to maintain it year by year.

Please contact us to have an informal chat about how you can get your own app developed here at Manao Software. Fill out the form below and we'll get back to you within one business day.

Thank you for contacting Manao Software. Your message is received and you can expect us to contact you within 24 hours (or next business day).